Do Someone Else's Challenge: Digital Piano

This challenge had me do someone else's challenge, which happened to be a digital piano with a record and playback feature. The piano features 8 playable notes, a record button that lit up an LED while recording, and a playback button.
Below is a link to a video demo. 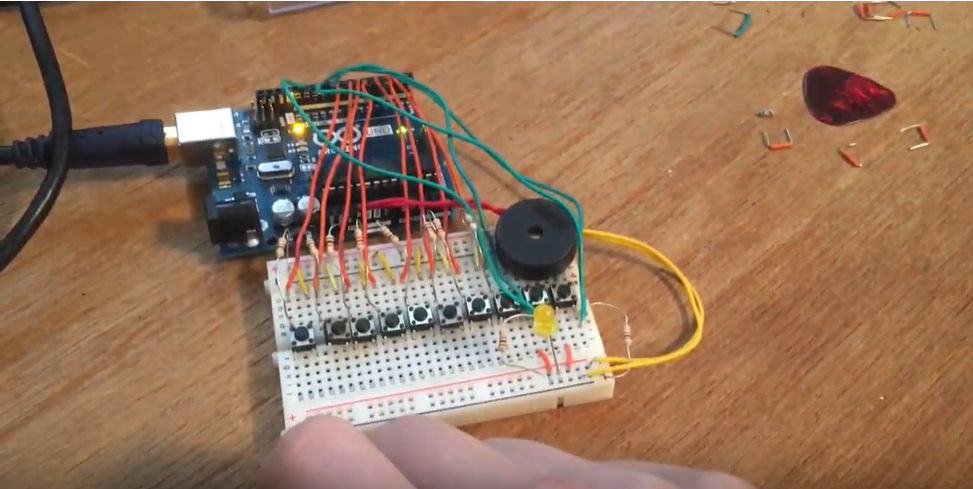 The goal of this challenge was to acquaint the student with controlling inputs and outputting sound, by synchronizing the sounds and theme from Knight Rider.
Attached below is a recording of my solution. 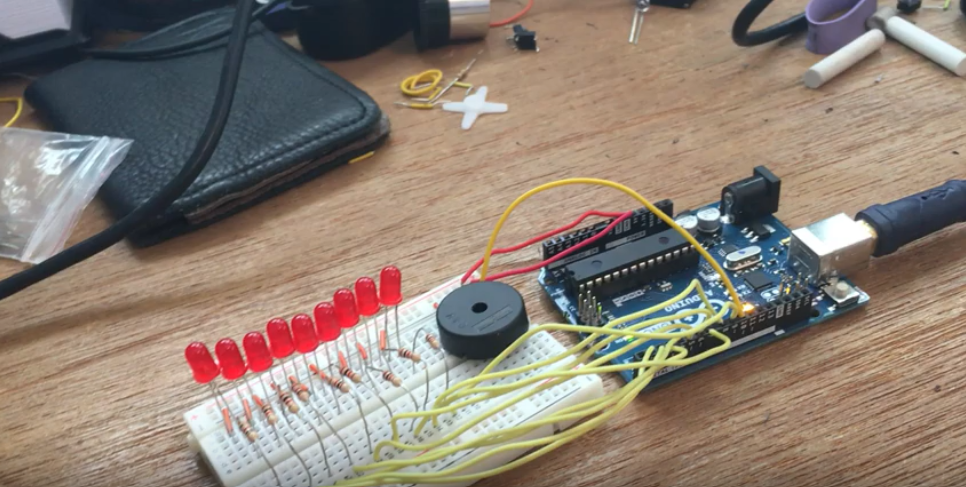 With this challenge I was tasked with making a system that set an alarm off and moved a servo when a button was pressed or when light was detected. The only problem was that I didn't have a photodetector, so I instead opted for a temperature sensor, so that once the temperature changed, the alarm sequence would go off.
Below is an image that links to a video demo of my solution. 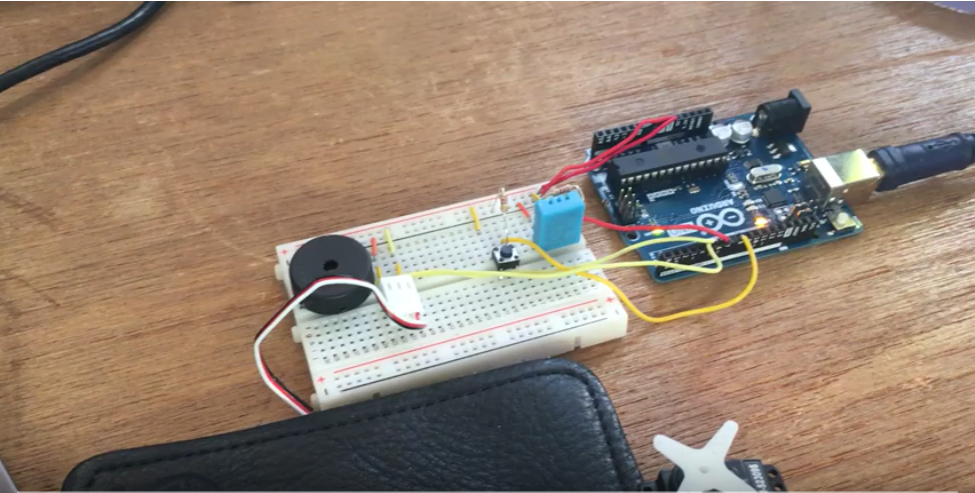 This challenge tasks the challenger with creating a "toll gate" system which takes in a specific passcode through some interface (like buttons), and provides feedback depending upon whether the entered code was correct. If the code was correct, it should open a gate of some form, and if it wasn't, some sort of other feedback should be provided, which in my case was a bleep, blop, and a blink.

The image below links to a video demo of my solution.

This is the first of our labs for this course. It tasked me with creating a system that made a noise when it caught a ball, and then could launch that ball at the push of the button. I achieved the first half by making a basket where the ball would be "caught". Once it hit the basket, it would cause a button to be pressed, which then sounded a tone. For the second part, I utilized a DC motor to push the ball off with a cardboard arm attached to it. This function could be controlled by another button.

Below is an image linking to a youtube video for the system. 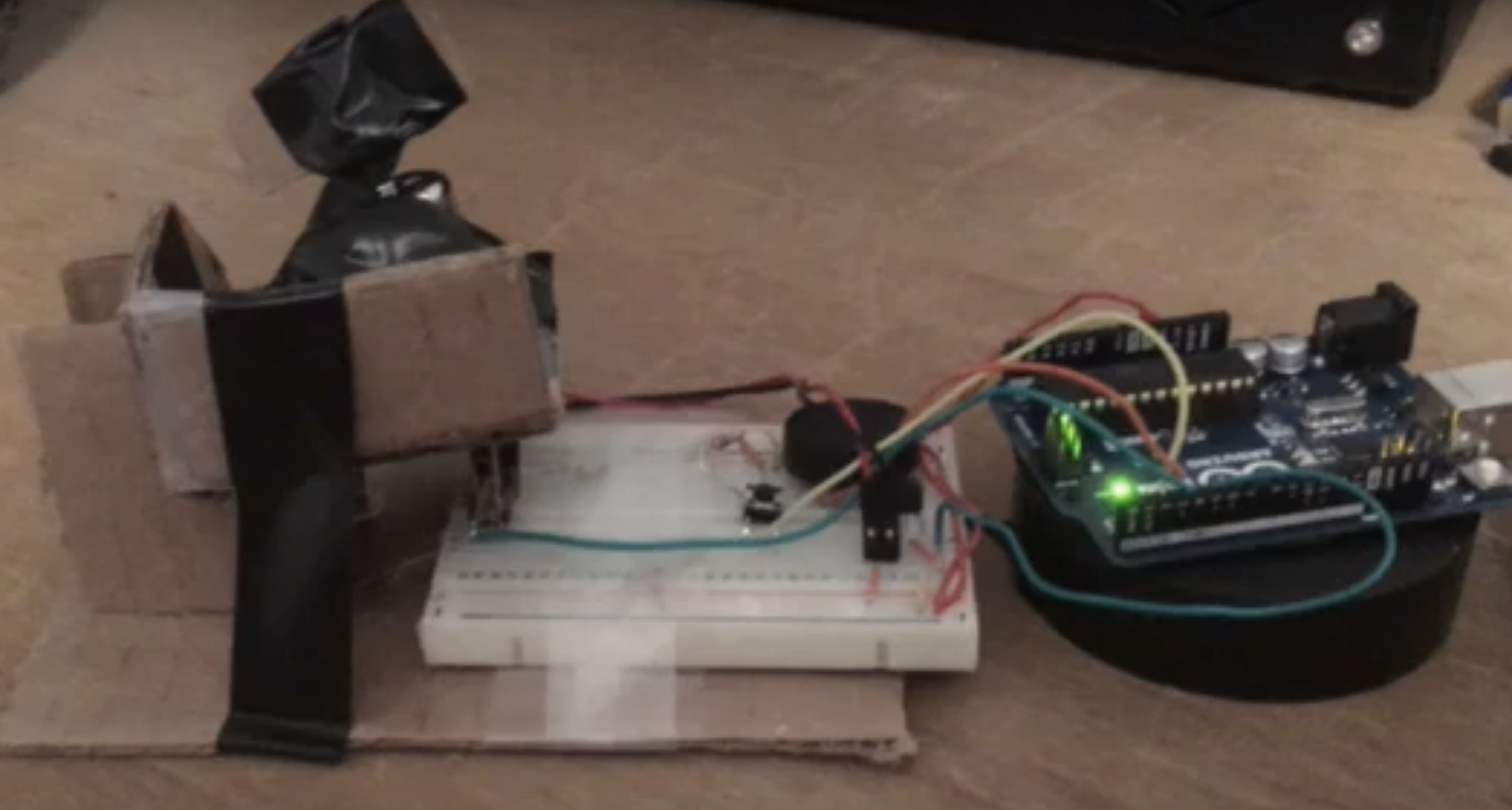